What I Tried At CanJam London 2022 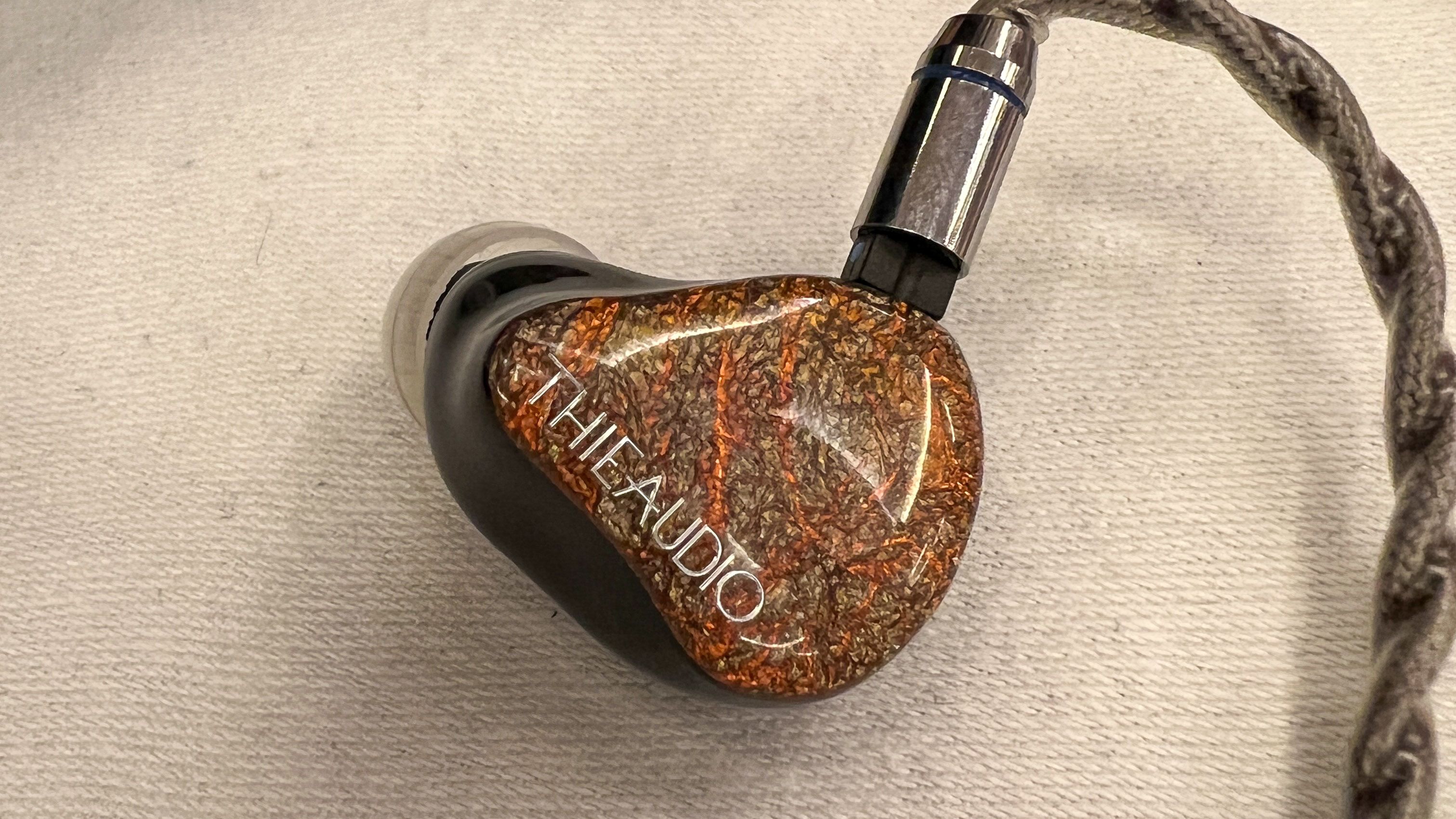 I had the pleasure of going to CanJam London 2022 a month or so back and I have finally had time to go through my notes, so here are the highs and lows from what I tried at the show.

To start off I will say that this isn't the best place to try out anything critically, especially anything open back. So while I was there I decided to focus on what I want my next major purchase to be, a good set of IEMs. So with that in mind here is what I tried, the good, the bad, the expensive and the ugly! 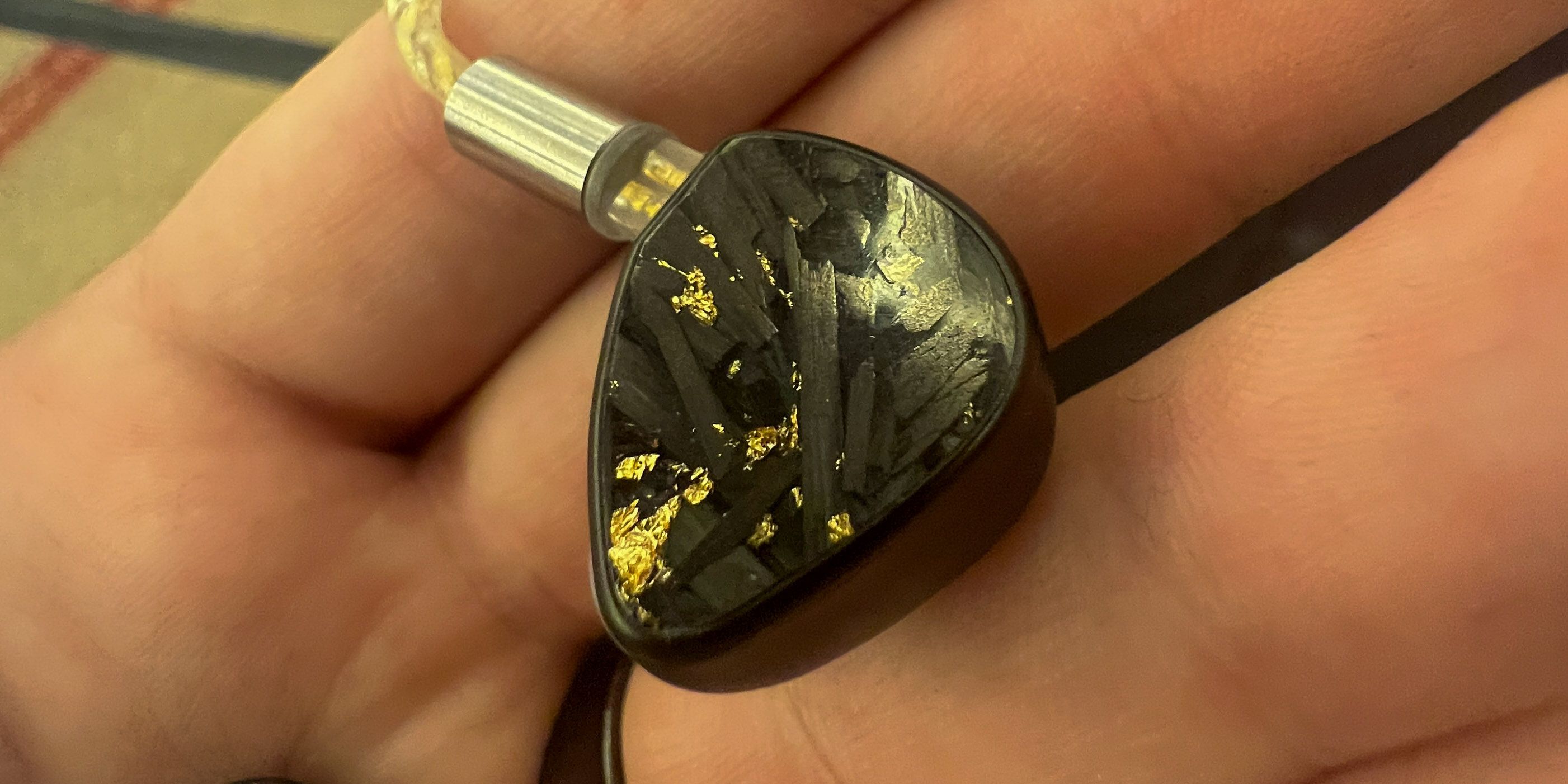 The first booth I went to (as it was right at the entrance) but also one of the ones I was most excited to try. I had heard a lot about LetShuoer and really wanted to check out their budget S12 and their higher end EJ07M models. They had both there and neither disappointed.

While the detail on the EJ07M is definitely great I actually prefer the tonality of the LetShuoer S12. The EJO7M has more sub bass and detail in the midrange up to around 2k but I am not a huge fan of recessed low mids like heard in the EJ07M.

If I was to buy one pair of headphones from this stand it would for sure be the LetShuoer S12. It is affordable and sounds great, but for the money...just spend a little more and get the 7hz Timeless if you can deal with the size/shape and MMCX.

The surprise on this booth for me though was the LetShuoer Conductor. Not an IEM I had heard of before and I loved it. If you want something with a strong midrange focus these are an excellent choice. I found that with rock especially I loved how it handled guitar and bass. It is not a headphone for EDM lovers or anyone who wants to feel the bass or hear all the detail in the high end, though with my test playlist it sounded fantastic and unlike anything else at the show. 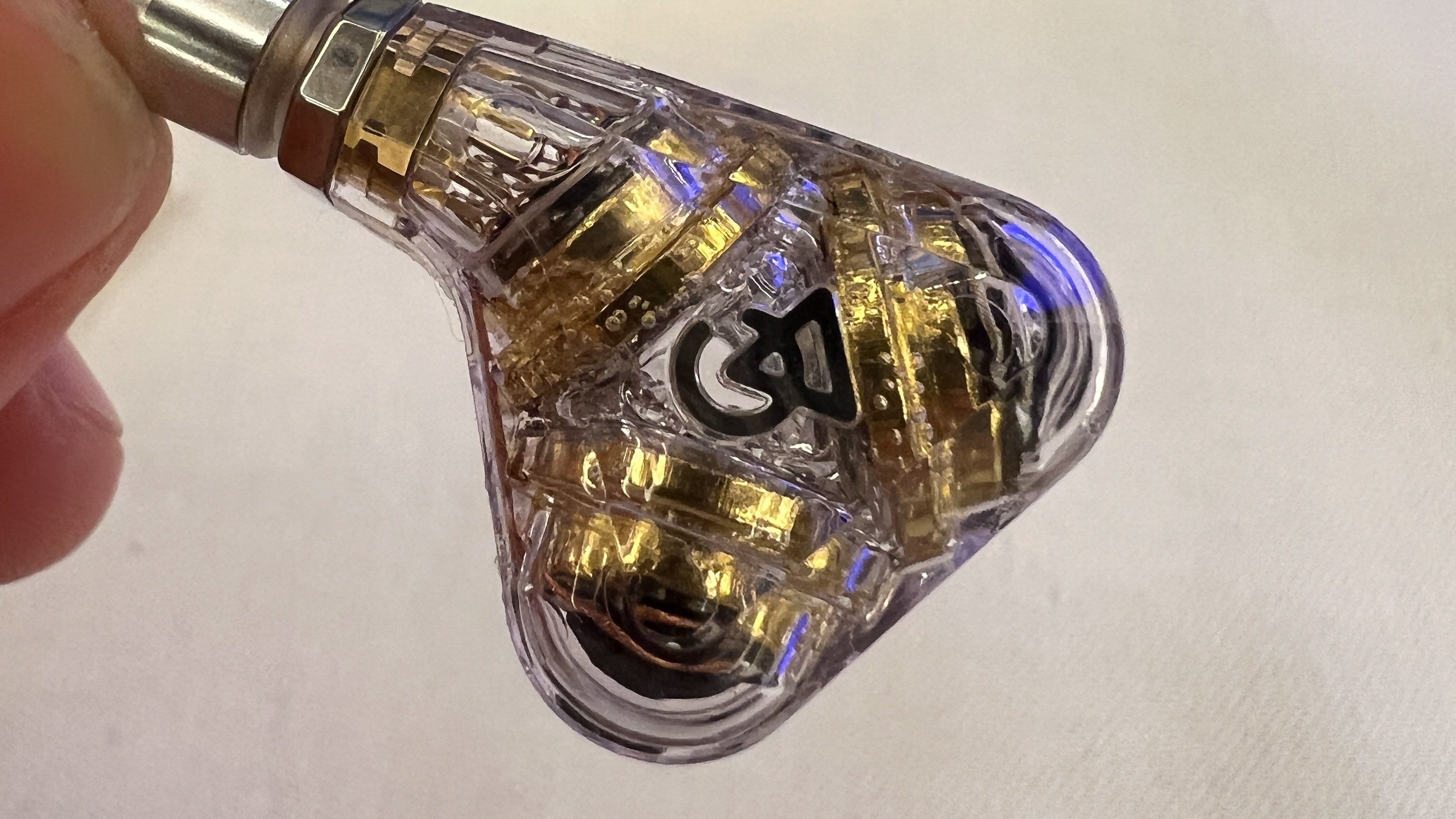 I only managed to try 1 IEM at the Campfire Audio booth which was disappointing but the sound of the Trifecta I heard was certainly impressive....if you just want BASS. I am not a bass head, at all but I can still appreciate a headphone that does it well and the Trifecta does just that.

It looks stunning with the triple gold plated dynamic drivers and felt great in the ear. The sound is all about the low end kick with it sounding superb with some tracks, not so great with others. I never felt like it was missing anything in the rest of the track but I struggled to hear past the bass sometimes. I am sure for the right person this is great, just not for me. 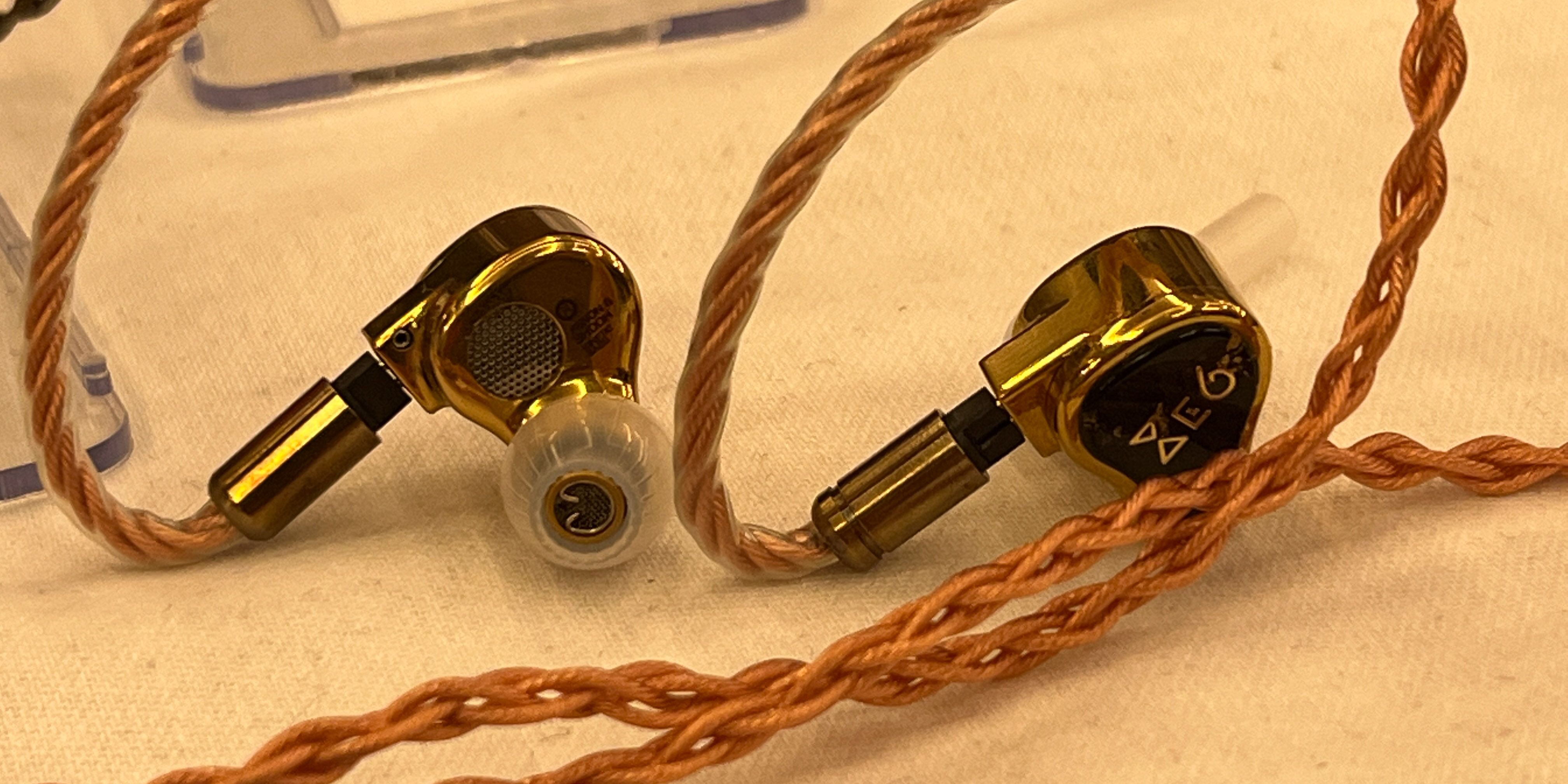 Fir Audio is a brand I knew I wasn't going to be a massive fan of due to their bass canon signature, but I had to give the lineup a run down.

It does get better as you go through the range with the KE6 sounding by far the most complete of the three. I just can't see myself shelling out that much cash for a headphone I am not completely in love with. 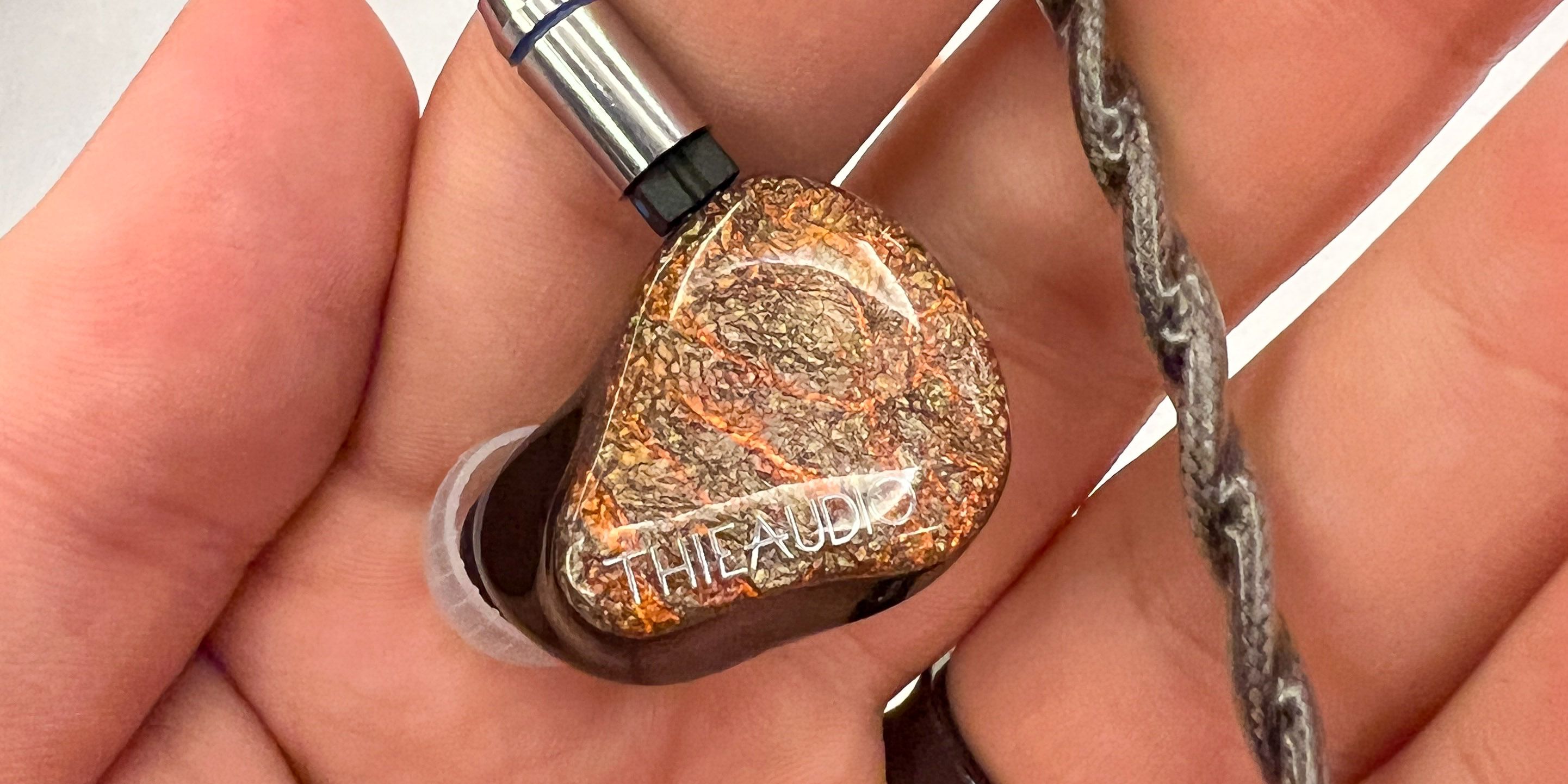 I had to go back to try the Thieaudio stuff a couple of times as I was convinced that what I was hearing was influenced by the Fir Audio things I had tried just minutes before. It was not.

The Thieaudio Monarch Mk II was the best IEM of the show to me. It had a neutral sound with a bit of added bass, great tonality and a solid fit. It was competing against anything else at the show even against things 2 or 3 times it price.

My only complaint was again, would love to hear a little more low mid as it is still slightly to recessed for me, though as the sub bas isn't as much of an issue as something like the EJ07M from LetShuoer

I also had a good time with the V16 Divinity which closely follows the tonality of one of my personal favourites the Thieaudio Oracle but at nearly 3x the price...it just doesn't make a lot of sense. If you have this kind of money I would be looking instead at the Unique Melody Mest MKII or 64 Audio U12T. 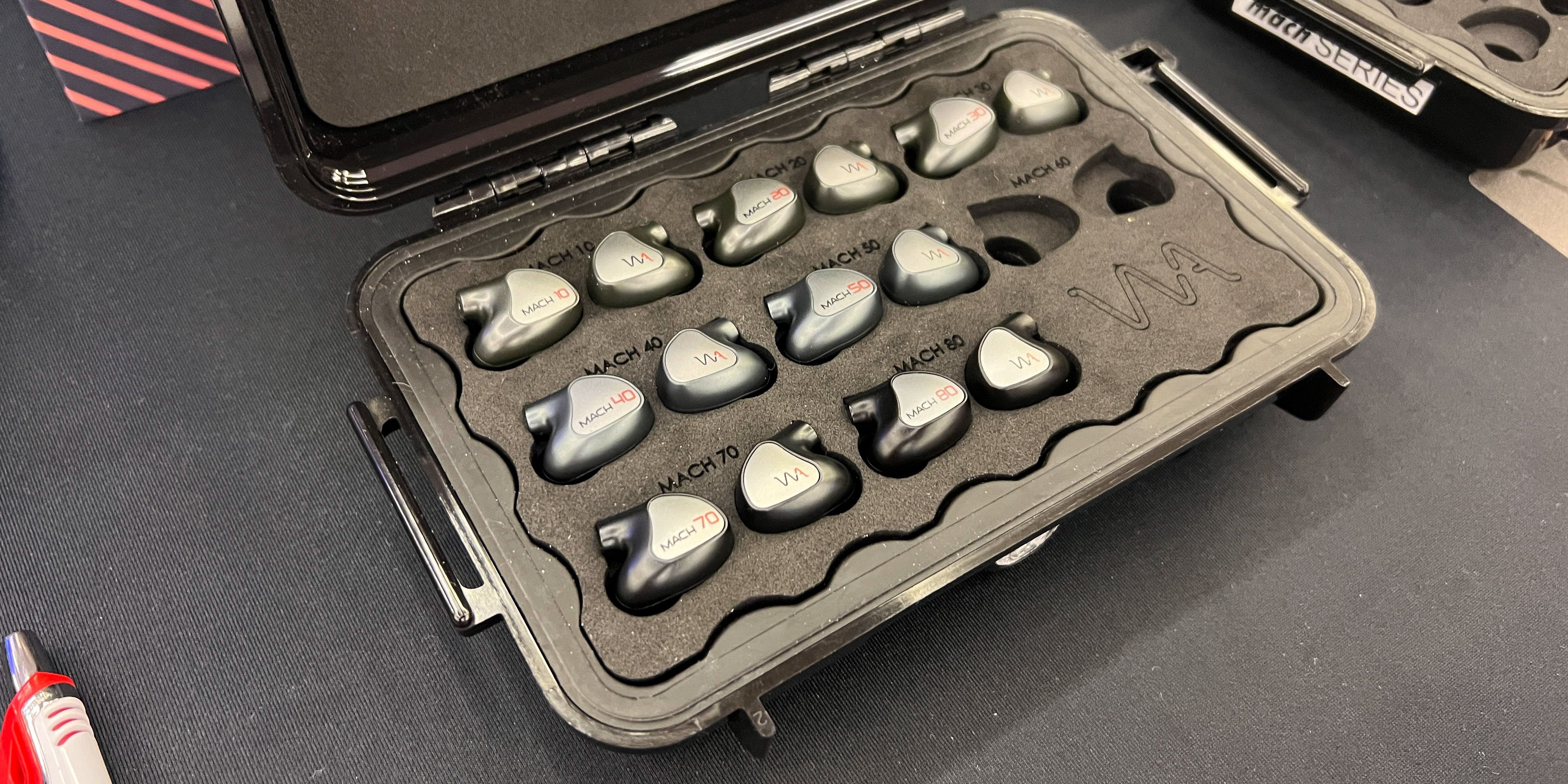 Westone is an interesting brand. Their IEMs are so small and lightweight you can forget they are there, the ergonomics are superb. But I found that through the whole experience I was let down by most of the lineup. Apart from their top of the line model I found that each IEM fell into an extreme that just made it really hard to like.

From one that had next to no bass, through to another that was incredibly V shaped, none really had me interested until as I said their top line Mach 80 model hit my ears. The problem with the Mach80 being the only one I liked is that it is over $1500, way too much for this quality of sound.

The Triton and Helios I tried were both fantastic sounding headphones but I really struggled with the shape and fit, the Helios it took ages to get a good seal on but even when I heard it, I felt it was missing something, again I would put it in the low mid range, the detail was fantastic though.

Triton is definitely more of my tonality, more neutral, stronger mids and just a smoother experience to my ears. These were a favourite of mine from the show for the same reason as the Monarch MkII as they just sounded great with almost anything, but the fit issues are still there so I wouldn't buy them myself.

If you have over £1500 to spend on a pair of IEMs...just go 64 Audio u12t. There is nothing I have heard that has gotten close to these at that price. The closest I would say is something like the Monarch MKII from my short listening sessions.

The U12T is honestly just the best all round IEM I heard at CanJam London and if I had the cash I would have been walking away with a pair now doubt at all.

There are a few key things I came away with from CanJam, some good, some bad.

My four or five favourite cans from the show were all under £2000 and most of those are even under £1000.

Diminishing returns hits hard in the IEM space once you start getting over the £200-£300 range in my opinion. Spending more can be worth it but you really start to get into real nuances and specialisms in sound rather than having a good all round IEM that you can use for any situation.

Apart from the U12T everything I tried above that price point had one area it was incredible at but nothing had as complete of a package.

My Top 5 from CanJam London

Going in I was convinced I liked Harman tuning or 'neutral with bass boost' as Crin would categorise. and I was mostly right. But when I asked at each booth to try something along those lines, I normally hated the first thing I tried. Everyone has their own taste so being able to give more detail on the sound you like or some example headphones is always useful to make sure you aren't wasting your time.

I come from the pro audio space where we have a decent amount of snake oil magic, but nothing compares to the things people are trying to flog in the audiophile space.

Cables that cost multiple thousands of pounds where no one on the booth can even explain to me what the more expensive cable does outside of 'improve sound' and 'widen soundstage'. I tried them...heard nothing.

There were so many great people at the event that I met from the vendors (Elise Audio especially, can't wait to get my Thieaudio Oracles) to just people you end up going around from stall to stall with. If you ever get a chance to go to one of these styles I recommend it not just for the gear but also the people that will help guide your journey through this tricky world with new options every week.

Created with love by Ben Greener